I don’t think I’ve ever read a book as quickly as I read Edward Snowden’s Permanent Record.

I was already familiar with the publicly known parts of his story and had watched the captivating documentary Citizenfour when it first came out, so when I heard about a book where he recounted his entire story, I knew I had to read it as soon as possible. 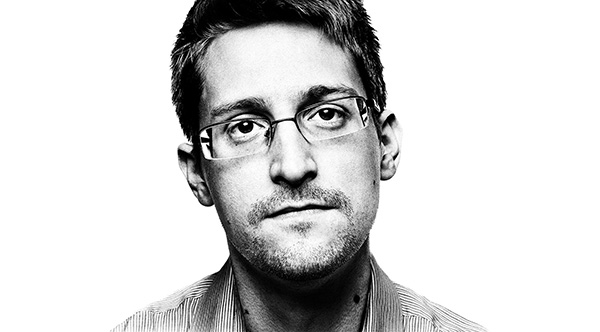 This is not a book review. I dislike reviews; I find little to no value in someone telling me what to look for in a work of art.

What I can talk about is how I lived the experience of reading this book. And, well, it had enough of an impact on me to get me back to writing on this old blog of mine.

Any self-respecting nerd will be intrigued by the technological aspect of Permanent Record; it is a significant part of the book, and even though everything is described in a way that anyone can grasp, it is still quite revealing. It definitely gave me a few insights regarding my work. It made me notice things that I hadn’t noticed before; it also made me realize that things I see every day exist because of the international discourse Snowden ignited through his whistleblowing.

What a decision that was.

Ed had a great career, significant wealth and Lindsay Mills, the love of his life, by his side. Many would say that “he was living the dream”; many would argue that deciding to give all that up for “the greater good” without even knowing his chances of success, was insane. But not for him; it seems that, for him, it was a matter of survival. As soon as he began suspecting what was at play and started discovering proof of the Intelligence Community’s malfeasances, his health began to deteriorate. He couldn’t look the other way. He wasn’t enough of a cynic to downplay all this and continue his meteoric rise. He was living a life that he couldn’t… actually live with.

From that point on, the book reads like a spy novel. I couldn’t put it down; I kept reading until I was done – until my eyes were done as well. I read those last few chapters feeling his situation with every fiber of my being; the anxiety, the insecurity. Even knowing the end of the story, I was living every moment as if I was there, facing the unknown, fearing the unforeseen: the publication of the first articles, the filming of the documentary, the trip to Ecuador – through Russia and Cuba – that was interrupted after its first flight, effectively trapping Snowden in Moscow.

Thankfully, the book ends in a high note, cooling down the anxiety and the frustration. Ed reunites with Lindsay, they get married and continue their extraordinary story in Russia. You can feel that Snowden is happy; that he is finally living a life that he can actually live with.

Edward Snowden’s supporters call him a patriot, an American hero. I will argue that he is much more than that. Sure, he cites the US Constitution several times in his book, underlining how the Intelligence Community’s actions were blatantly against the rights of his compatriots. However, his notions of right and wrong are international; they characterize – or at least should characterize – every society that likes to call itself democratic. Moreover, what he did was crucial for the present and the future of the internet, a worldwide resource that he grew up with and clearly holds very dear. What Snowden did affects all of us.

Ed Snowden effectively changed the world, for the better.

Thanks Echo. For everything.

PS1: The book reaches perfection with its cover, a photograph shot by none other than Platon, an individual that I – shamefully – knew nothing about until I watched the first season of Abstract. Although it’s kind of hilarious that Platon’s website doesn’t offer an https connection.

PS2: A perfect way to proceed after reading the book is watching – or rewatching – Citizenfour.

PS3: Sorry Ed, but the repaired NES you brought back home wasn’t the one you played Mario Kart and Street Fighter on. Somewhere around that period you guys upgraded to a Super Nintendo.