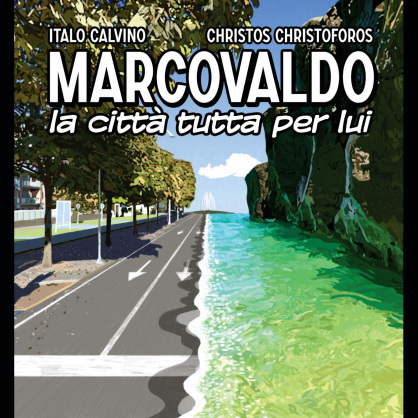 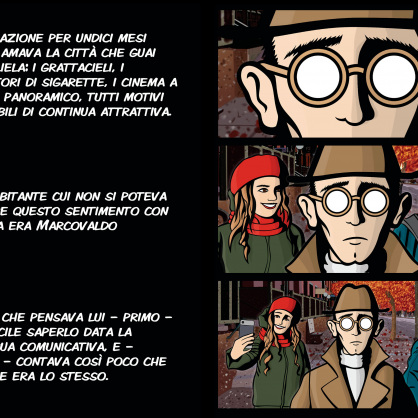 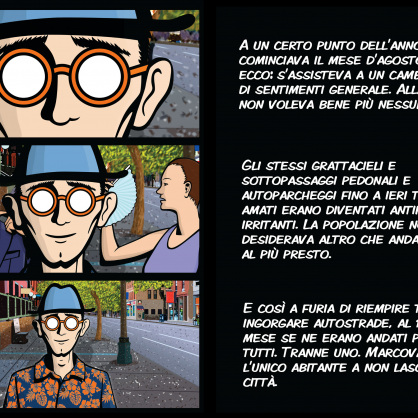 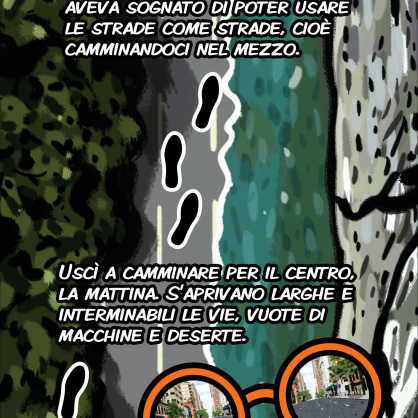 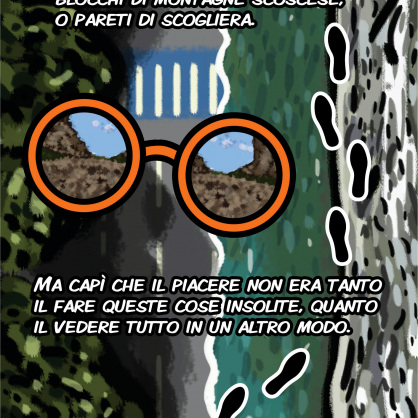 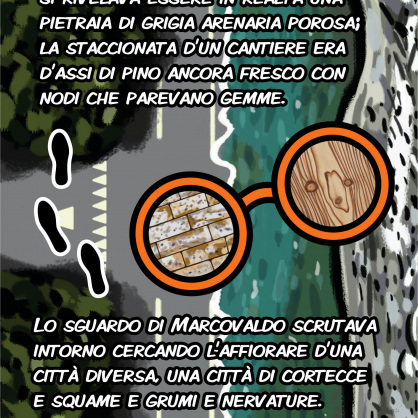 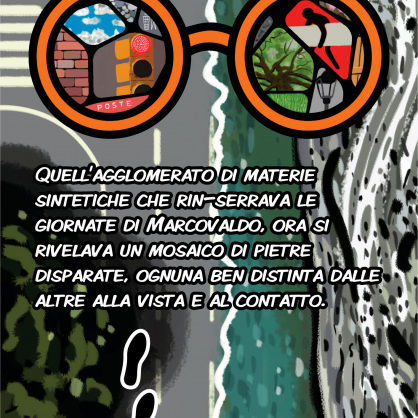 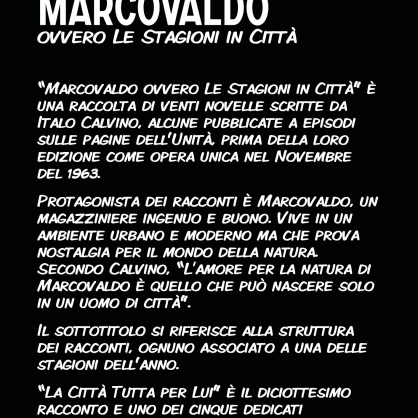 “La città tutta per lui” (Italian for “the city all to himself”) is one of the 20 short stories included in Italo Calvino‘s “Marcovaldo” collection, aka “the seasons in the city”, published in the 60s.

The series depicts the life of Marcovaldo, a labourer living with his family in a big industrial city in northern Italy. “La città tutta per lui” focuses on the summertime, when Marcovaldo seems to be the only person left in the city, and he is absolutely thrilled about it.

This project was about creating a foldable leaflet inspired by the short story. The uncommon format I settled on allowed me to make the story literally unfold in front of the reader’s eyes. The entire leaflet was held together by a custom-made wooden Marcovaldo-shaped paper clip.

The 3D animation above shows how the reader experiences the story through the leaflet.