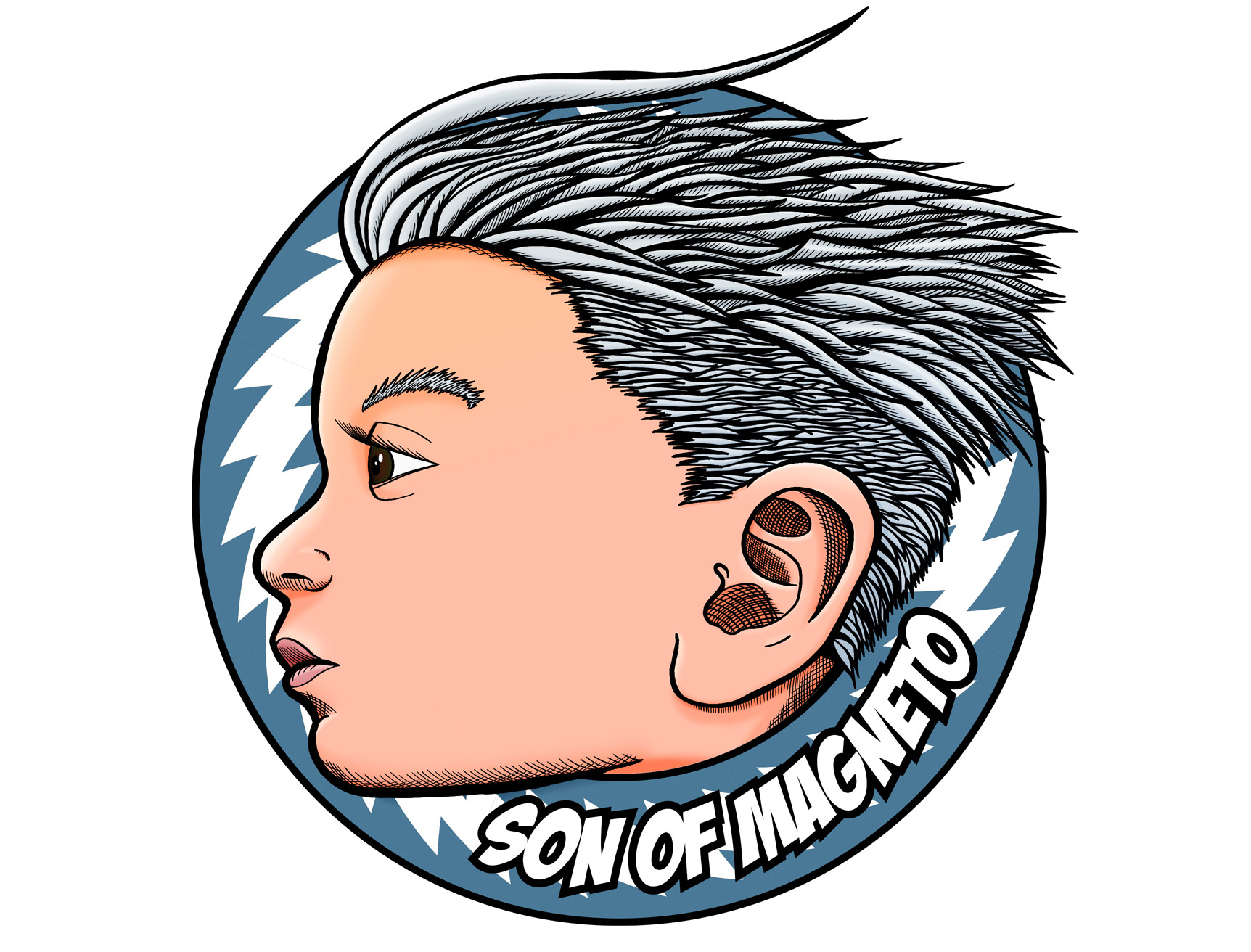 What’s in a name?

Our firstborn son came into this world three and a half months ago, but he came into our lives way before that. There are a number of moments during a pregnancy that make you realize what is happening, that make you feel like a parent. I would argue that probably most of those moments are characterized by sheer panic and anxiety over what could go wrong, but there are many others that are pure fun, and one of them is definitely the process of picking a name.

Dr Webscream and I have been randomly discussing baby names for years, before ever deciding to have one. So when we found out that we were expecting, we already had a few finalists; among the various male names, we both really liked “Pietro”.

While it is not the reason why we chose it, in Italy, the cradle of Catholicism, the name Pietro has immediate religious connotations; after all, St. Peter is traditionally considered the first pope. As we told our Italian friends and relatives that we were expecting a boy named Pietro, many underlined how hilarious that was, since my name is Christos — “Cristo” with no “h” is “Christ” in Italian, and it has been a running gag ever since I came to live here. They jokingly quoted Matthew 16:18, where Jesus says to Peter “you are Peter, and on this rock I will build My church”.

But for me, ever since I was a little kid, the name Pietro has been associated with a completely different person: Pietro Maximoff, also known as Quicksilver. 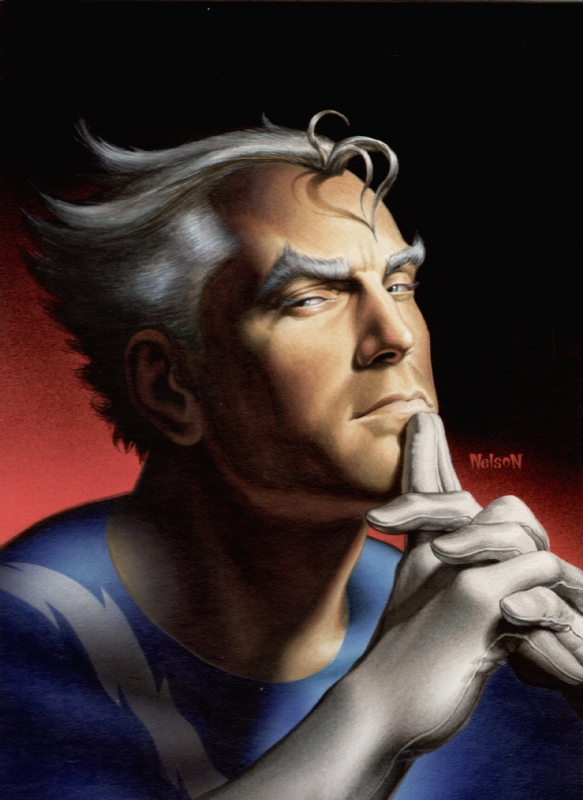 A somewhat obscure Marvel Comics character during my childhood, Quicksilver has become better known recently, due to his appearances in Marvel movies. In fact, there have been two separate takes on the character: he was portrayed by Aaron Taylor-Johnson in Avengers: Age of Ultron (2015), a part of the Marvel Studios Marvel Cinematic Universe, and by Evan Peters in X-Men: Days of future past (2014), X-Men: Apocalypse (2016) and X-Men: Dark Phoenix (2019), all parts of the 20th Century Fox X-Men franchise. Both portrayals were equally cool and tragic: in the MCU, Pietro died in Age of Ultron; in the Fox movies, the entire franchise died when Fox was bought by Disney.

Pietro Maximoff’s story has been even more complicated in the comics. He has been a villain and an Avenger, a leader and an outcast, and it is still not 100% certain whether he and his twin sister, the Scarlet Witch, Wanda Maximoff, are indeed the mutant children of Magneto or the results of genetic experimentation. He is a troubled character, who is so overpowered that many creators don’t seem to know exactly how to handle him – how do you handle someone who can think and act a thousand times faster than almost everyone?

Naturally, as soon as we settled on the name Pietro, I immediately started lobbying for a second name: Massimo, a clear reference to the surname Maximoff.

Time in a bottle.

So, I started showing her all the cool scenes Quicksilver had in the movies — especially the ones from the Fox X-Men franchise — focusing on my favorite one: the one where he single-handedly ends a shootout in the kitchen from X-Men: Days of future past:

That scene is an audiovisual masterpiece. The combination of the beautifully designed slow motion action with the sweet melancholy of Jim Croce’s “Time in a bottle” is magical. That song is a masterpiece itself, and, frankly, just by repeatedly watching the scene, we fell in love with it; we started listening to it and playing it to Pietro, still in the womb; every time Dr Webscream felt Pietro moving, we would joke that he was running laps on the walls in superspeed, listening to Jim Croce. It kind of became Pietro’s song.

“Time in a bottle” is beautiful both musically and lyrically. Croce wrote it upon finding out that he was going to become a father himself, in a serious effort to pursue a career as a singer/songwriter and provide for his family. The lyrics express the wish to have more time to pass with your loved ones, and the feeling that there’s never enough of it. And they hit harder when you find out that Croce tragically died in a plane crash merely two years after his son was born.

Every time I listen to that song with Pietro, a part of me can’t help but think of the sad story behind it; a constant reminder to live and cherish every single moment we have together. It also makes me think about Quicksilver’s relationship with his father, Magneto. Both in the Fox X-Men Universe and in the comics, Quicksilver grew up without him; the two only met later in life, and formed a very difficult relationship. Perhaps both of them would have been different people had they passed all that time together; Magneto would have been less of a zealot, and Pietro would have had a wise role model to follow.

Looking to buy “Time in a bottle” on iTunes, I came across a few covers, and one of them was a very pleasant surprise: it was from the legendary Greek singer Nana Mouskouri. This was quite a coincidence, as Nana Mouskouri is probably the only Greek artist that Dr Webscream knows of, and the reason for that is hilarious: one day, a long time ago, as we were riding a bus together in my native Athens, Greece, a weary gentleman was sitting across from us, listening to us speak in Italian. After taking a long look at Dr Webscream, he smiled at me and uttered two words: “Nana Mouskouri”. I laughed out loud! Indeed, back then, her hairstyle and glasses combo really made her look a lot like Mouskouri! Dr Webscream remained baffled till I explained everything, showing her who Mouskouri was.

Finding a “Time in a bottle” cover from her felt like a sign, a cosmic confirmation that everything was going according to plan.

Going through a pregnancy during a pandemic is not a walk in the park. You have the usual ridiculous amount of stress that relates to the pregnancy itself, and on top of that you have the fear of a potentially deadly virus that is spreading through a huge part of the planet’s population. And this global health crisis is happening during a period that warrants a good amount of both scheduled and unexpected hospital visits.

It was challenging for both of us. While Dr Webscream was going through all the physiological steps of the process, I didn’t always have the opportunity to be by her side. Covid protocols didn’t allow us to share most of the typical happy moments; I was basically able to attend a single ultrasound exam. The same protocols didn’t allow me to support her during some of the difficult moments, either; while a couple of surprise ER visits revealed no problems with her or the baby, I was stuck outside the entire time, freezing in our car and feeling sick in my stomach with anxiety, as I was imagining the worst possible outcomes.

Thankfully, fathers could participate in birth.

Due to a mild pregnancy-related hypertension, Dr Webscream had to pass the final couple of weeks before labor in the hospital, under daily monitoring. For the same reason, the doctors told us that it was safer to schedule a labor induction a few days before the original due date.

That schedule changed a couple of times. In the beginning, the date was projected to be April 4th, this year’s Catholic Easter — yes, more religious connotations — but it then looked like it would come earlier. April 4th was a cool date, as it’s Robert Downey Jr‘s (Iron-Man!) birthday; but, I was rooting for April 2nd, Michael Fassbender‘s (Magneto!) birthday. And I was basically thinking “anything but April Fool’s Day”.

Well, the joke was on me.

Pietro was born on April 1st. And I have to admit: as a dear friend pointed out, it’s a date people will be incapable of ever forgetting.

Funny thing is Dr Webscream remained on the fence about the name “Massimo” till the day of the birth. In the end we made it official: Pietro Massimo.

Though, considering his birthday, we probably should have named him Loki.