I have never watched the Olympics as closely as I have this year, not even the ones held in my hometown of Athens, Greece, back in 2004. 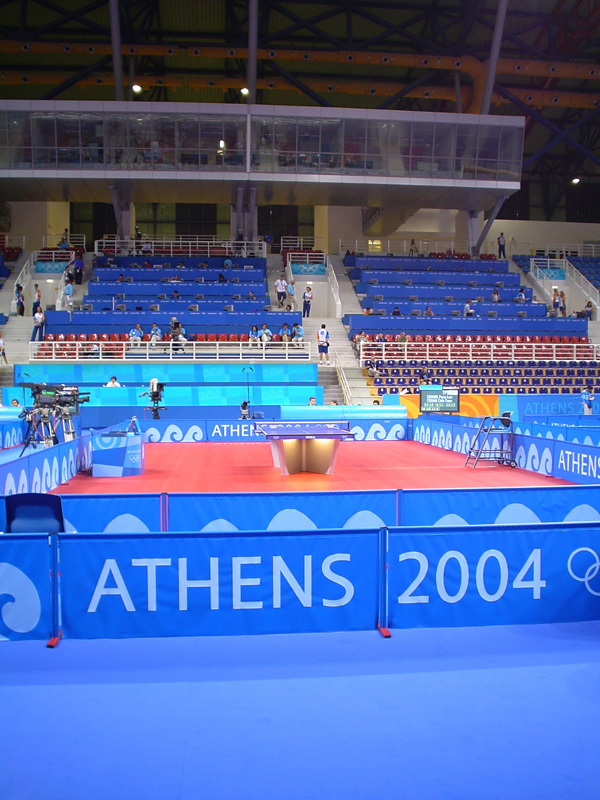 I actually watched a couple of ping pong matches up close, but that was about it.

There are both frivolous and deeper reasons for this. First of all, I am a Winter Olympics kind of person. I absolutely love hockey and all of the skating disciplines – yes, including figure skating – and wintertime gets me much more into the mood of staying indoors and watching TV. Also, even though I have been living in Italy since late 2002, I have always found it difficult to root for Italian athletes and national teams; it has always felt like it would be a betrayal to my homeland. So, watching the Olympics on Italian state television – which, naturally, focuses on all of the Italian representatives at the Games – hasn’t been particularly appealing in the past.

But this year is different; it has been a perfect storm of circumstances and emotions. The pandemic is still forcing us to mostly stay at home; Dr Webscream is at home as well, on parental leave; and we now have a son who, due to a few senseless Greek bureaucratic hurdles, is currently exclusively an Italian.

I have been thinking a lot about Pietro Massimo’s duality as a child of a Greek and an Italian. And it is something that is helping me embrace my own Greek-Italian duality, as a person who, come this November, will have literally lived half his life in Greece and half his life in Italy. Moreover, moving to the province of Varese after living in Brescia for 18 years, and how I have felt uprooted through the process, has made me realize that somebody can very well have two or more hometowns.

We started watching the Tokyo Games right from the get-go, and just like it has happened with every single Olympic opening ceremony, I was so excited at the idea of watching it, yet five minutes in I had already checked out.

The events themselves have been a completely different story, though. Excluding a few of the disciplines – by now, I know that I will never enjoy watching cycling on TV – I have been riveted by the passion, the focus, the determination; I have been absorbing all the emotions: the joy of the victors, the disappointment of whoever fell short, the desperation of the injured. I have been watching athletes compete that I knew nothing about, and I have been pleasantly surprised by the diversity in many national teams and the stories behind them. An indication of how clueless I was about the state of most Olympic disciplines is that during the 100m men’s semifinals I asked myself “when is Bolt running?”

It was in fact during those 100m men’s semifinals when I first saw Lamont Marcell Jacobs, a very cool-looking tattooed man with multiracial characteristics and a clearly American name competing under the Italian banner. I missed the part where the sportscasters narrated his bio and when I saw him demolish his competition, I couldn’t wait to hear him talk, to know more about him. That moment arrived, and in the first ten seconds of his interview, Jacobs used the words “in parte”, to describe how during his run he saw his opponents were right beside him. Only, “in parte” actually means “partially” in Italian. There is only a single Italian province where  “in parte” means “next to”: Brescia. Me and Dr Webscream looked at each other, eyes widened, as we both yelled “Dude is from Brescia!”. At that moment, Lamont Marcell really felt like someone I know, someone I could have actually met. It made me homesick, and the home I was thinking of wasn’t Athens.

Between the semifinals and the buildup to the 100m men’s finals, we heard a number of interesting and somewhat hilarious details about Jacobs, such as the fact that, since he grew up in Italy, and it wasn’t until recently that he reconnected with his American father, his English is actually terrible. Reportedly, his English teacher at school told him “How can a man named Jacobs be so bad at speaking English?”.

He did it, he won gold. And he was so cool, relaxed, and approachable in doing it, that right after his interview with the Italian state TV, the reporter even told him “Good luck with the interviews in English!”. He smiled and replied, “I’ll try to sneak past them” only to add “nope, they saw me.”

Jacobs’ historic win arrived about ten minutes after I had witnessed what is possibly the most emotional and wholesome moment I’ve ever seen in sports. Italian high jumper Gianmarco Tamberi was having a great day, nailing jump after jump on the first try, till reaching the Olympic record of 2.39 meters, where he used his three attempts to no avail. Qatar’s Mutaz Essa Barshim had the exact same performance. And this is not the only thing those two athletes had in common. Both Tamberi and Barshim had come back to compete and reach greatness after suffering serious ankle injuries, the Italian in 2016 – thus missing the Rio 2016 Olympics – and the Qatari in 2018. Since they had both successfully jumped 2.37 meters and were ahead of the rest of the competition, an official approached them to inform them that they could have a jump-off to determine who gets gold.

“Can we have two golds?” Barshim asked, and the official nodded.

At that precise moment, those athletes found themselves in front of a rare occasion where winning gold wasn’t a zero-sum game anymore; at that point, having a jump-off would have been less about gaining something for themselves and more about taking something away from the other.

They looked at each other, smiled, clasped hands – in a very “Dutch meets Dillon in Predator” kind of moment – and Tamberi jumped on Barshim, hugging him. They decided they had jumped enough for one day.

This was only the beginning of the celebrations and the emotional, wholesome goofiness. Tamberi ran around with his cast from 2016 that read “Road to Tokyo 2020 2021“, and he waited for Jacobs at the 100m final finish line where they hugged, both screaming in joy; Barshim even crashed Tamberi’s interview with the Italian state TV, jesting and explaining how he and the Italian shared the trauma of their injury: one moment they were jumping to great heights, and the next they couldn’t even walk. Tamberi indicated the Qatari and said “This man is the best high jumper ever; he deserved gold! Me? I performed a miracle.”. The more we saw of these guys, the more wholesome it got.

And it was amazing. It’s the epitome of what the Olympics should be, of what sports should be.

It has been a privilege to witness these moments, and to share them with Dr Webscream and our son. It’s crazy to think that had it not been for the pandemic, Pietro Massimo would have actually missed these Games.